Did you know while visiting Rome, you can travel in the steps of Jesus Christ, Julius Ceaser and Ben Hur.  Did you know that you can buy beer on the roof of the Vatican after you climb to the top of the dome? Did you know that if you insert your hand in one ancient carving, it will bite your hand off if you are a liar.
KSCS Radio Air Personality Michelle Rodriguez and Hawkeye discuss their family vacations to Rome and a few of the uncovered spots they discovered

Did You Know You Can Climb To the Very Top of the Vatican's Dome (and Enjoy a Beer on the Roof of St. Peter's Basilica?)

Other Wonders of the Vatican 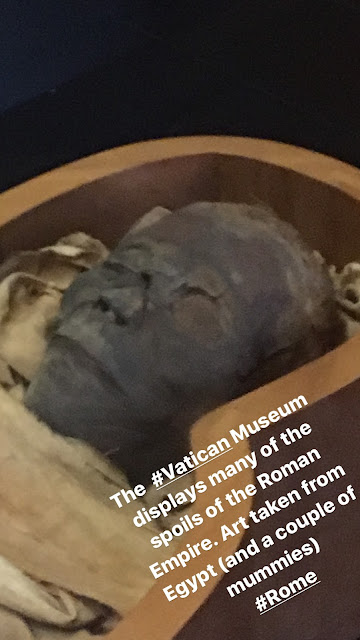 The Vatican Museum has an entire wing that features artifacts saved from the Roman Empire, including 2 mummies. 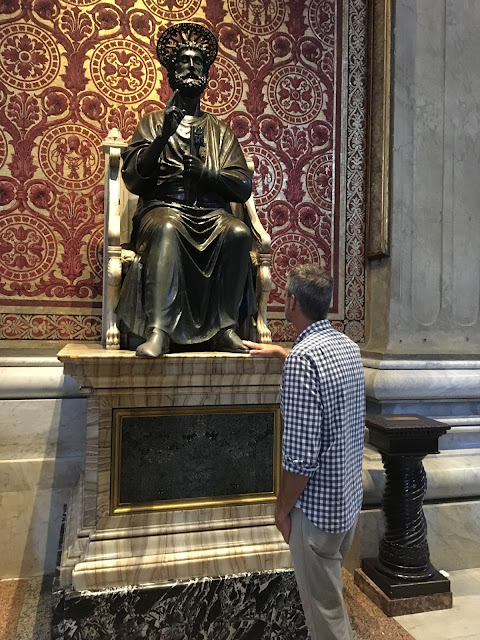 St. Peter's Statue in the Basilica. For centuries, religious pilgrims have lined up to  pray at his foot.  After years, the toes have worn smooth.

You can also enter the catacombs under the Basilica to see where St Peter is entombed.  Look for a wooden barrier that partially blocks off a down staircase,  just to the left of the alter.  Pictures are not allowed. 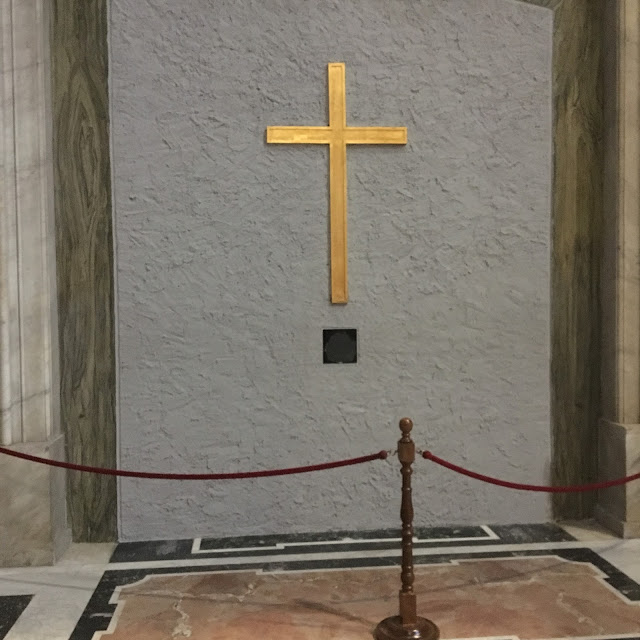 This Holy Door in the Vatican is sealed shut and is only open every 25 years.

How To See The Pope 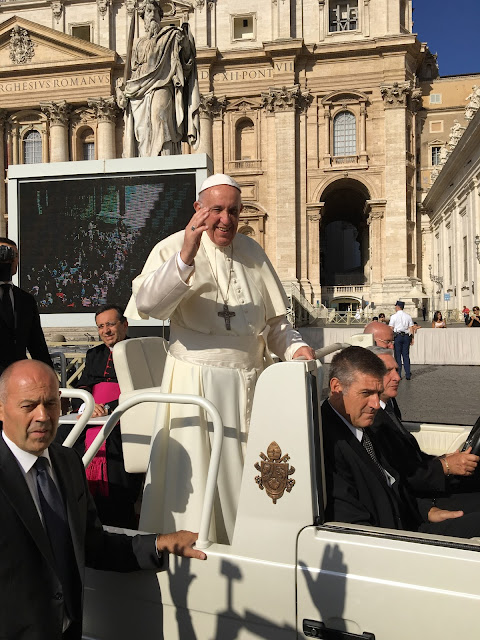 First Method:  On Wednesday, the Pope holds a weekly audience in the square. Ask your local priest how you get tickets.  If you do go to the Audience,  sit near the side not the middle, as the Pope will pass by in the Popemobile and you might get up close.  This is actually a picture that I took 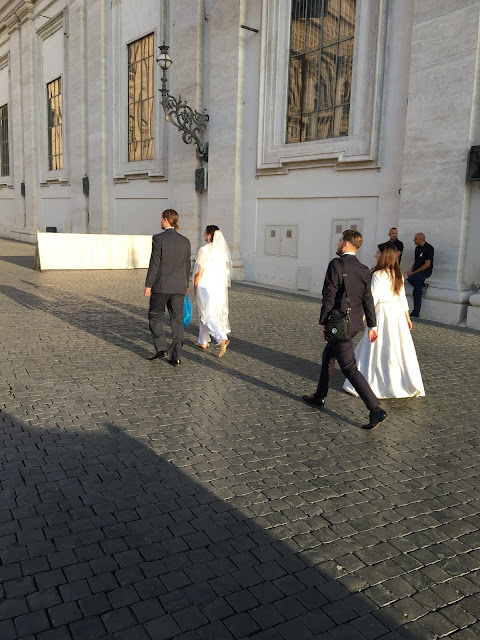 Second Method: Get married in the church.  If you were married within the last 2 months in the church, the Pope will bless your marriage during his Wednesday audience.  (you must however, wear your wedding attire) 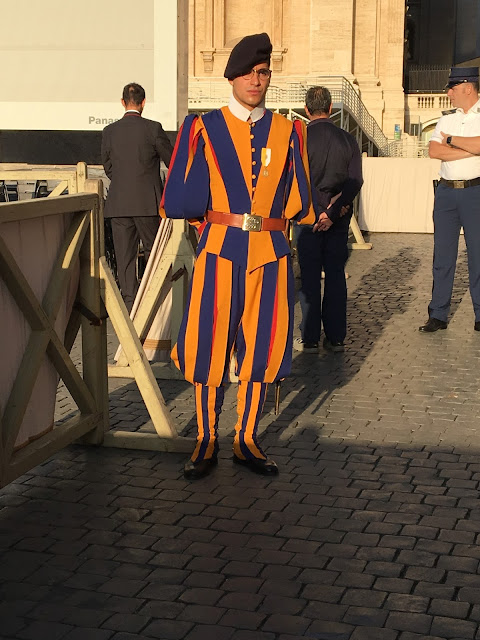 Method 3:  Become a member of the famed Swiss Guards

Travel in the Footsteps of Jesus - The Scala Santa 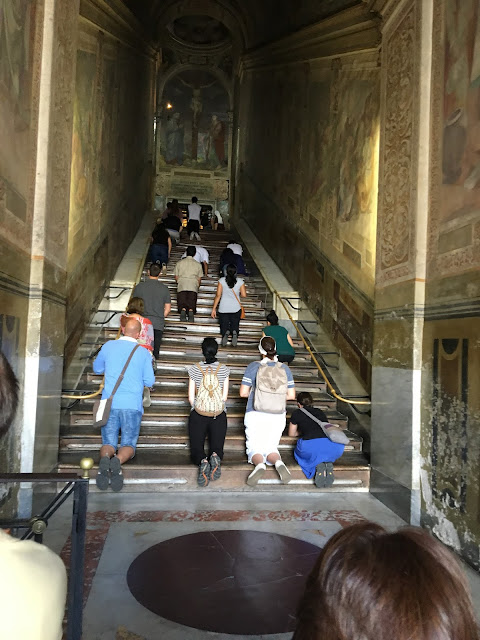 These marble steps were brought to Rome in the 4th Center by Helena, mother of Emperor Constantine (The Roman Emperor who converted to Christianity).
The steps once lead to the Praetorium of Pontius Pilot and were climbed by Jesus Christ before he was sentenced to death on the cross.
Today the Holy Steps are encased in wood. You can only climb the steps on your knees, saying a prayer at each step.

Legend says that if you insert you hand in the carving and you are a liar, your hand will be bitten off. Gregory Peck explained it best to Audrey Hepburn in the movie Roman Holiday 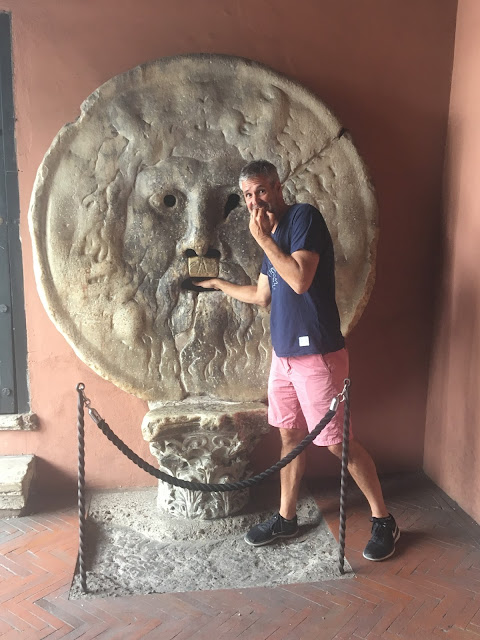 Of course I gave it a try

Walk In The Footsteps of Ben Hur 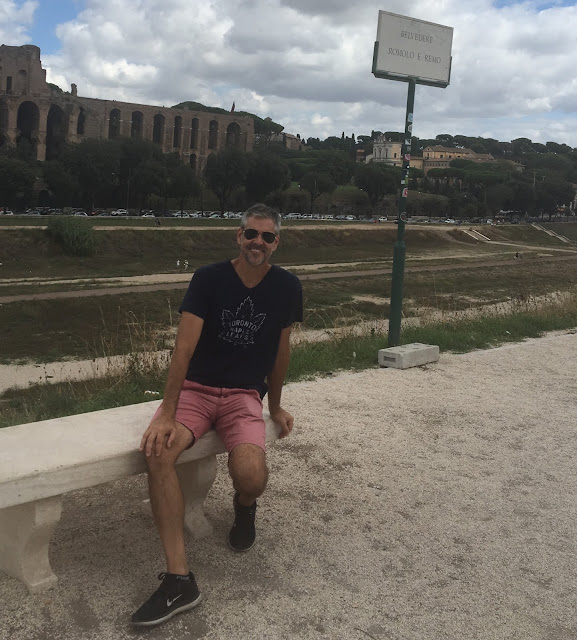 A few blocks from the Coliseum, is Circus Maximus, the chariot grounds.  At one time, this area featured a 250,000 seat stadium. There is a very small portion of the stands that still exists. The grounds however, still exist and your are able to walk the same track that Ben-Hur once raced his chariot. 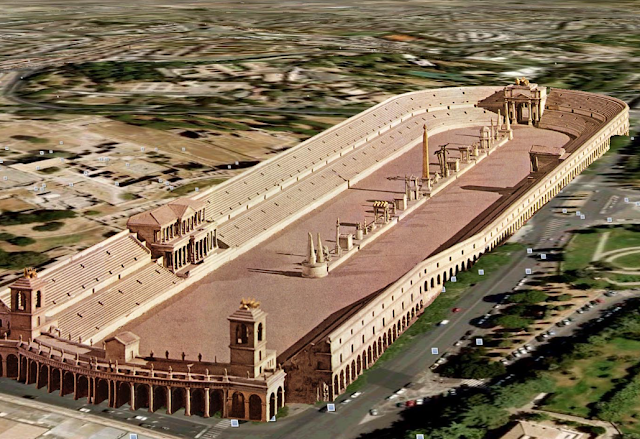 An Artist Rendering of Circus Maximus


Check Out The Gate Signs at the Coliseum 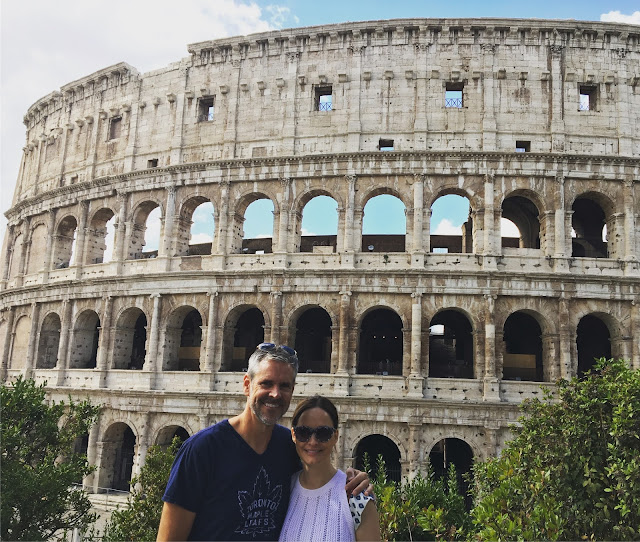 If you look closely at the arches on the ground level of the Coliseum, you'll see that there are actually gate numbers carved in the stone. The gate number are of course in roman numerals. 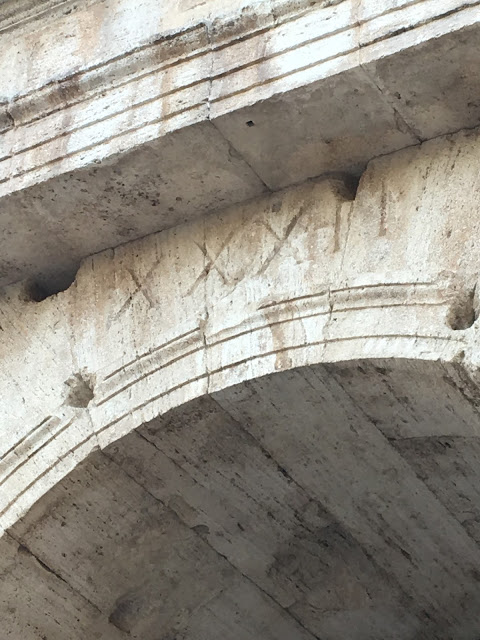 
Walk in the Footsteps of Julius Caesar

Right in the heart of Rome is the ruins of the ancient Forum. Dating back over  2000 years, you can walk the same streets and walkways the the emperors walked. 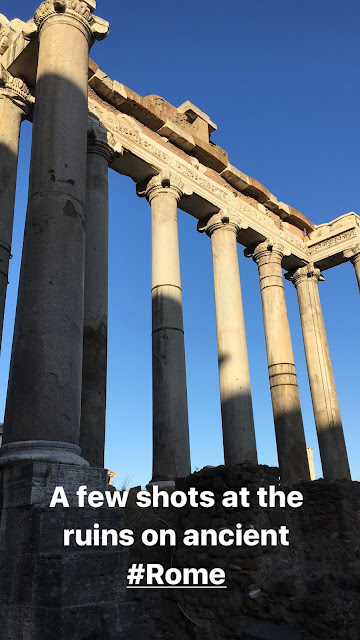 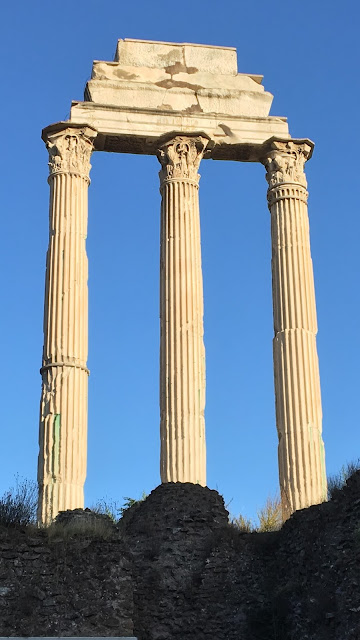 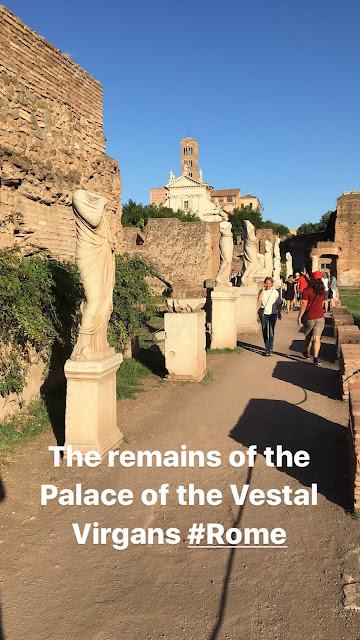 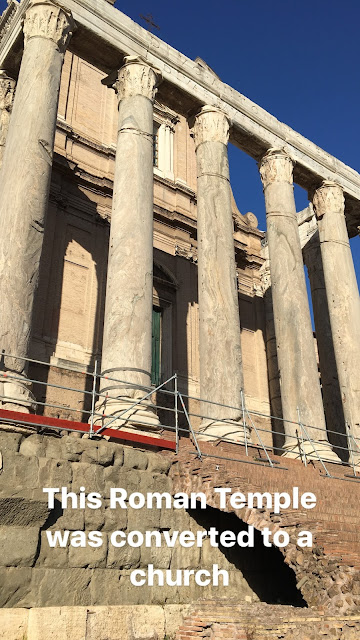 St Peter in Chains Church - The Michelangelo Statue of Moses

Tucked a few blocks from the Coliseum is the often overlooked church San Pietro in Vincoli,  St Peter in Chains.  Behind the alter sits the chains the Romans used to hold St Peter in captivity. To the left of the alter sits one of Michelangelo's masterpieces, the sculpture of Moses 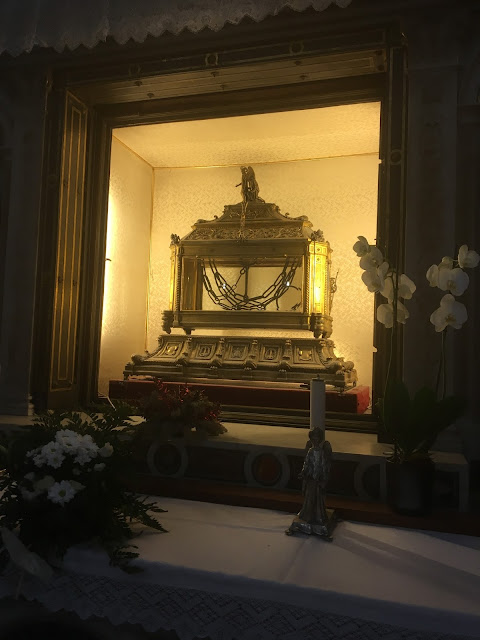 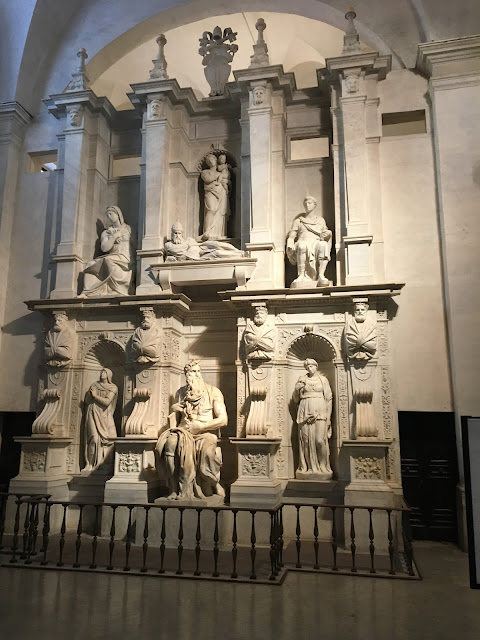 There are over 2500 Nasoni spring water fed Drinking Fountains Rome, tested for cleanliness  250,000 times a year. But there's a trick to drinking from them