There is a certain amount of nostalgia for ancient ballparks.  Baseball fans take pilgrimages to Chicago's Wrigley Field and Boston's Fenway Park as if going to Rome to visit the Vatican.

Fans long for the day of great old ballparks such a Brooklyn's Ebbets Field and Chicago's Cominskey Park, which met their fate with the wrecking ball and are nothing more but a memory.

However, if you keep your eyes open, you may find more than a memory of an ancient park. You may find a field that follows a footprint, a old tickets office and bleachers repurposed You may find the remnants of an old ballpark

The Cleveland Indians used League Park until 1946,  although the last 15 years they used the field mainly for weekday games.  Torn down in 1951,  the ticket office and part of the wall remained at a city park.

In 2011, the city passed a resolution to upgrade the park and place a ballfield that followed the original footprint. The field is used now for high school and amateur games


The Polo Ground, Home of the New York Giants and the John T. Brush Stairs

The owner of the New York Giants got tired of fans watching the games for free from Coogan's Bluff, so in 1913, John T. Brush built a staircase down the bluff to entice fans to buy a tickets.

Long after Willie Mays made his over the shoulder catch in centerfield and long after the Giants moved to San Francisco, the John T Brush Staricase remains.

It fell into disrepair but with funds from the Giants, Yankees Mets, Major League Baseball the the football Giants and Jets the stairs were renovated. 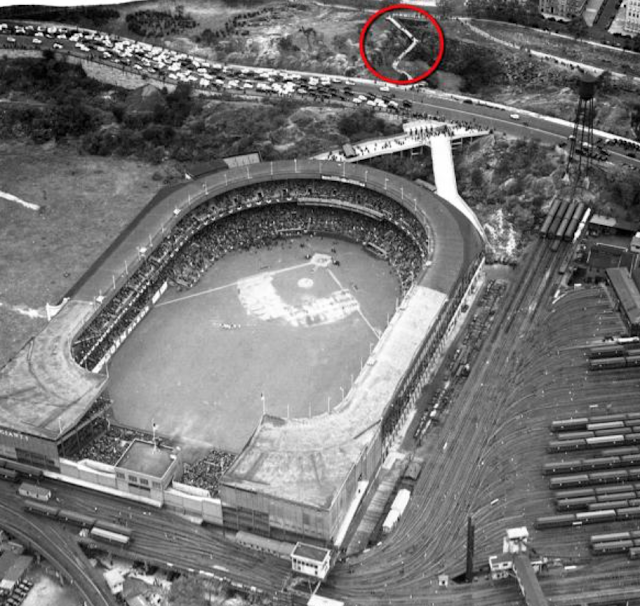 New York's Polo Grounds with the Stairway Circled in Red 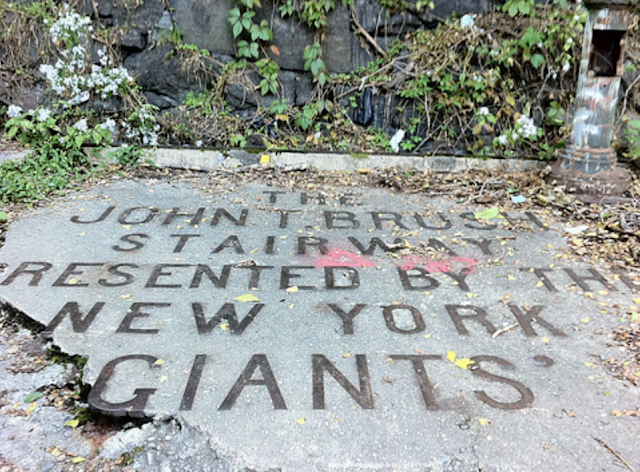 Few people remember that the Atlanta Braves started in Boston (with a stop for a few years in Milwaukee)   And even fewer remember that Braves Field was only a mile away from Fenway Park.

After the Braves left for Milwaukee, they sold their park to Boston University. Part of the bleaches down the First Base Line remain, as does the Braves Ticket Office, (now the Boston U. Police Department


Forbes Field closed in 1970, after the Pirates moved from the 61 year old stadium to their new, modern, sterile home, Three Rivers Stadium.
The University of Pittsburgh decided to keep sections of the outfield wall and the original flagpole, which still can be visited on the campus.
Part of the wall was also used in Three Rivers' Allegheny Club and later moved to the new PNC Park

Before the Astrodome was completed, the Colt .45s, as they were then named, played in temporary Colt Stadium.
After moving inside, the entire stadium was dismantled and sold to a team in the Mexican League.  According to team officials, it took about 200 trips to bring the stadium piece by piece to Torreon, Mexico and 5 years to rebuild it.  When the franchise moved to Tampico, they took the stadium with them.  The salty sea coast town air eventually corroded the stadium an old a few pieces remain in a city park

Walk on the Fields Of Ruth, Mantle and DiMaggio

When Yankee Stadium was torn down and rebuilt across the street, the old footprint was used for a ball field in a public park.
A similar situation is occurring in Detroit. After Tiger Stadium was torn down, a number of fans took car of the field until plans were made for the plot of land. The Detroit Police Athletic League recently purchased the land with plans to build a youth center and while keeping the field for baseball use. 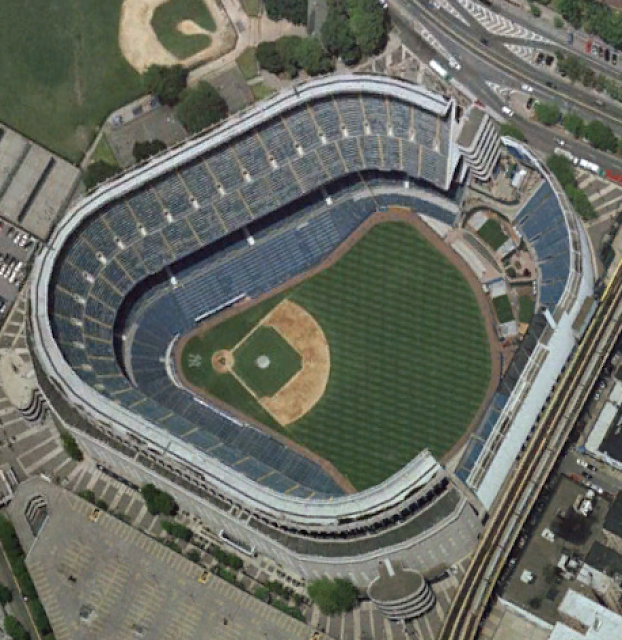 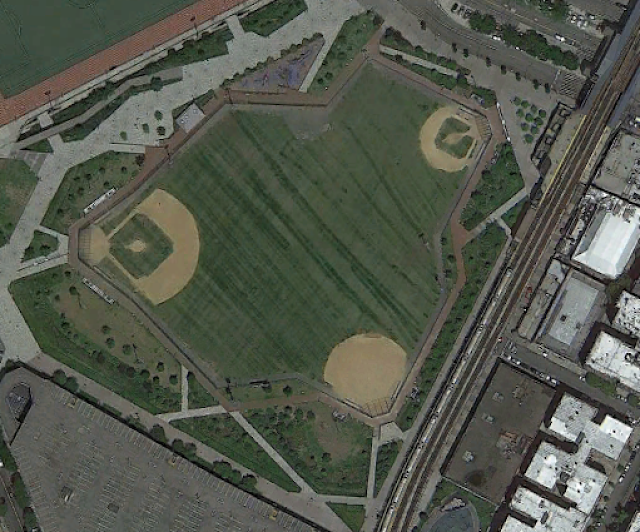 The Stadium may be long gone, replace by the Metrodome, which was replaced by Target Field. But there is one small piece of the stadium that still exists.  The Red Chair that marked the spot of a Harmon Killebrew long Home Run, is still in the same spot it was when the stadium exists.
However today, it is above a flume ride at the Mall of America.
The stadium long gone, but the chair remains